Our trip around the world:
Thank you for joining us!

Together, we went on a journey to the key Growth Engines 2.0 at EYES ON 2020. Starting in Henley, with an informed macroeconomic outlook for 2020. We went on to Cambridge, London, Frankfurt and New York before Haiyan Wang and Kurt Haerri received us in China.

You can see selected snapshots of the journey on our travel blog.

Choose one of the destinations below and go with us on investment journeys. John Greenwood OBE has been following the biggest drivers of global economic growth for decades – from the tranquil market town of Henley-on-Thames. What effect will the bleak economic outlook have on key interest rates? How is growth performing at a time of trade wars and Brexit? The chief economist of Invesco focuses on such questions from his office in this picturesque town – and will once again bring his razor-sharp analyses with him to Zurich.

He is therefore providing a valuable basis for the assessment of the most significant Growth Engines. And being “a boat length ahead” can be just as important to investors as it is to the rowers who take part in the world-famous Henley Royal Regatta on the first weekend in July each year. Chris Mellor experiences it every day on his way to the Invesco office near Hyde Park: The city is undergoing a rapid transformation towards more sustainability. Even sustainable investing in ETFs ceased to be a niche area long ago. More accurate data and analyses allow the experienced ETF expert Chris Mellor and his team to assemble more and more sustainable portfolios.

On his trip to Zurich, he will meet Guido Giese from MSCI. Giese holds a doctorate in mathematics and is responsible for applied research in the areas of ESG integration and impact investing. In his search for the most important Growth Engines, Michael Fraikin repeatedly encounters the significance of factors. That’s why factor-based investing has been his main focus for three decades, and is also the specialty area of his 30-member Invesco Quantitative Strategies Research team (IQS for short).

One example of this process is a research project that combines the possibilities of artificial intelligence and big data. This involves natural language processing, or NLP for short, evaluating the transcripts of telephone conferences in which publicly listed companies provide information about their quarterly or annual results. The findings of these sophisticated linguistic analyses are then placed within the context of other important factors in order to substantiate investment decisions. A rapidly expanding Growth Engine is being explored in the university town of Cambridge: tokenisation (in the management of real estate funds, for example).

The Cambridge Centre for Alternative Finance, led by Robert Wardrop, is at the forefront of this research. In collaboration with Invesco, the research institute at the University of Cambridge is examining the relationships between tokenisation and real estate. Until 2010, Robert Wardrop was an internationally focused professional investor, but today he is researching topics such as big data. The renowned economic sociologist is a member of the Steering Committee for the Cambridge Centre for Data-Driven Discovery (C2D3), an interdisciplinary research centre. Robert Wardrop is also co-editor of the Palgrave Handbook of Technological Finance, which will be published at the beginning of 2020.

Simon Redman works just a short train ride away. He travels to the university town more and more frequently in order to have discussions with Robert Wardrop about the potential of innovations for investments in global real estate markets. The former board member of RREEF Limited has a wealth of experience in the areas of real estate fund management, capital markets and fund structuring.

Colin Fitzgerald will moderate the panel discussion at EYES ON 2020. Our Head of EMEA Distribution has more than 20 years’ investment experience. Before he took over the distribution business at Invesco, he managed the institutional business in EMEA. Hemant Baijal is among the employees in the New York office. The expert in fixed income investments appreciates how the impulses of emerging markets converge in his city in an unparalleled way. After all, the “Big Apple” has long been a symbol of growth, success and international flair. Baijal has been implementing these impulses for Invesco since 2019 – with a focus on emerging markets.

Previously, he had worked at OppenheimerFunds since 2011, where he managed the Global Debt team. Hemant Baijal also acted as lead portfolio manager for a range of strategies, including International Bond, Global Strategic Income, Emerging Market Local Debt and Global Unconstrained Bond. An emerging market with gigantic potential, the Belt and Road megaproject, the trade dispute with the US and the current situation in Hong Kong – the world has many reasons to look at China with eager anticipation.

Haiyan Wang, one of the “most influential management thinkers in the world,” has expert knowledge of China.1 She is the co-founder of the China India Institute, a renowned Washington-based research and consulting organisation with a focus on the rise of emerging markets. Haiyan Wang has more than 20 years’ experience as a China expert and served as an advisor and manager of multinational activities in China and the US. She is the author of three highly acclaimed books.

“The opportunities of the Silk Road are clearly prevalent for Switzerland,” says Kurt Haerri, a board member of the Swiss-Chinese Chamber of Commerce.2 At EYES ON 2020, he will discuss other opportunities that he believes could open up for Switzerland from its relationship with the growth initiator China. From 2006 to 2014, he was president of the Swiss-Chinese Chamber of Commerce and has been a board member there since then. Kurt Haerri has been working for the company Schindler since 1987, during which time he spent several years working in China.

Martina Fuchs will moderate the panel discussion. Until recently, the dedicated journalist was a core team member at CNNMoney Switzerland. Martina has a sound knowledge of China from her years as a reporter for the Chinese state broadcaster CGTN in Beijing. Previously, she was a Middle East economics correspondent at Reuters in Dubai and a TV producer at Reuters in London. Haiyan Wang
Co-founder of the China India Institute in Washington DC; co-author of three highly acclaimed books: “The Silk Road Rediscovered,” “Getting China and India Right” and “The Quest for Global Dominance”; frequently writes for the Harvard Business Review and has been a columnist for Bloomberg Businessweek 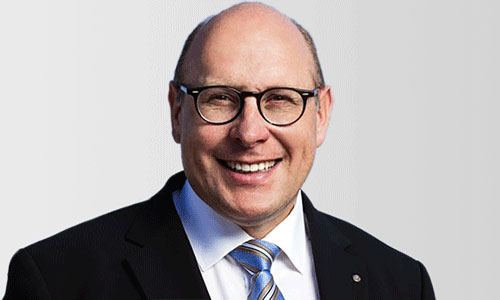 “Seems that Emerging Markets investments are worth a second look.”

“Pursuing the topics in small discussion groups is smart, worked well in combination with the presentations of individual speakers.”

“EYES ON is like Swiss chocolate: every piece is a treat!”

“Using linguistic analysis of investor calls with CEOs for momentum strategies seems like a clever use of ‘big data’ to me.”

“I love the saying ‘when two tigers are fighting, everybody else benefits’. Swiss and Europe should keep that in mind when we discuss the US-China trade conflict.”

“I wonder if tokenization will really change the universe of real estate investing.”

Insights you want. Inspiration you need.

In the heart of Zurich on Paradeplatz